Boxers Have Hearts Too

I just read an annoying article (in the Guardian no less), implying that all boxers are mindless thugs, and thus Tyson Fury’s inflammatory comments are to be expected. I realised this is what my family probably also thought when I told them I had started boxing. In my experience this couldn’t be further from the truth.

I started boxing around a year ago. My mate Toby who has boxed for years always used to try to persuade me to go along, and after a couple of sessions with him at Islington Boxing Club (IBC), I became a member and tried to go once or twice a week. At almost the same time, an email went around work asking if anyone wanted to fight in an inter office charity boxing night. I signed up for that and immediately started training as much as I could. As well as IBC, I went to Ringtone gym in Euston and I went to Stick n Move gym in LSE with my mate Amy from work. I wanted to try them all, and see what different things I could learn. I definitely didn’t want to lose a boxing match to one of my colleagues, in front of all my other colleagues.

Despite the differences in these gyms, in equipment, price, coaching style, members and motivation/inspiration, there were a few things which were very similar: similar numbers of men and women, varied abilities and body shapes, and a real mix of ages, races, careers and classes. This is pretty rare to come across in London, and it’s a great place to meet people you wouldn’t usually bump into.

Someone who has never boxed might think boxing gyms are full of aggressive men that just want to have a bit of a scrap, but they’d be wrong. Maybe this was the case 50 years ago. Maybe this is a view people have been fed by Hollywood. But in my experience, everyone is friendly, polite, and when sparring, people are generally careful not to hurt each other and surprisingly apologetic if they do.

My experiences are all contrary to the article, whose views are seemingly based on Hollwood movies and Tyler Fury interviews. Both of which are about as close to reality as Donald Trump’s hair. 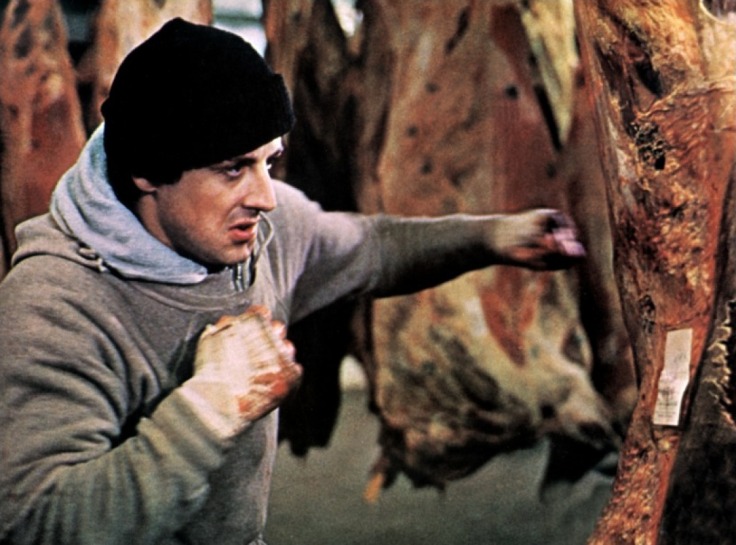 What did this Article Say Then?

Here are some of the most outlandish and misinformed quotes, to debunk the myths that people who have never boxed (yet decide to write articles in national newspapers) seem to think about boxers and boxing:

“So-called”??? Sycnhronised swimming and dressage (horse-dancing) may be a bit iffy. Boxing is one of the oldest sports in existence. Obvs.

All kind of people box. Some people have just come from work in the city, others have come straight from university. There’s housewives, students, photographers, builders, advertisers, plumbers. All backgrounds are represented. Lets not assume there’s any kind of majority behaviours.

OK, a lot of professional boxers a come from working class backgrounds. So do most football players, so do most professional sportspeople really. Why is the writer assuming they are railroaded? More than anything else, in boxing, if you don’t have the desire to win, you’re not going to do well. Laziness is not an option. There are no shortcuts. Let’s forget this railroading.

“Why are we now taking the moral high ground, and sitting in judgment over individual boxers’ attitudes and beliefs, when we barely pay any attention to the oppression and brutality that gets these men into the ring?”

What?? This isn’t fucking Gladiator. What is this imagined oppression and brutality? The only thing that drives boxers is a desire to win, to be the best of the best. Sure some kids’ parents might push them into it, but again, it’s the same with all sports.

“Whether we enjoy watching it or not, boxing exploits working class people, is dangerous, and it celebrates violence and individual competitiveness”

The “Cultured Middle Classes” at uni

Apparently boxers (and supposedly any working class people) shouldn’t be expected to have views comparable to those of the cultured middle classes. So you went to uni and got drunk for three years? High five! Assuming somebody’s views on the basis of their background or education is dumb. Also, who are the cultured middle classes? Those same people that are so cultured that they dismiss working class people’s views outright? This statement is about as backward as Fury’s own statements on women.

So What’s the Story: Tyson Fury?

The thing is, professional sports people can often be dicks. Ryan Giggs was sleeping with his brother’s wife for years. John Terry slept with his team mates wife and then arranged for her abortion. And he’s a racist. It turns out that when you spend the majority of your life in the gym, as well as being paid a bunch of money, it’s not great for your ego. Or your perception of normality. 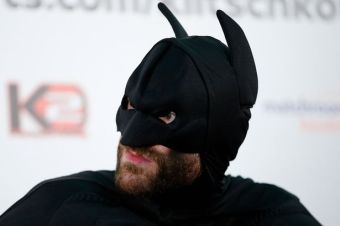 The thing about boxers is that they make money by people wanting to watch them fight. They’re constantly on the PR mission to sell more tickets or per-per-view purchases for their next fight. Did Tyson Fury dress like Batman because he thought he would look cool, or because he’s mentally unhinged? No, he was just generating PR, loads of it. It’s the same story with this Sports Personality of the Year thing. Maybe he believes it, maybe he doesn’t, but one thing is for sure, he’s got a shed load of publicity out of it. And now, on top of the one or two day’s headlines he got for beating Klitschko, he has maintained a week or two of activity in the public eye, so everybody knows who he is. And his next fight? Maybe he can rake in more like $5m by exploiting the media attention. Not by being exploited himself.

And What about that Boxing Match?

Well, the office boxing night didn’t end up happening. Instead I ended up having a white collar boxing match against a scary looking guy with a skinhead and tattoos at the Clapham Grand. It was one of the best things I’ve ever done. Check it out: